NSG6420 QUIZ 2 2021/2022. An 86-year-old patient who wears a hearing aid complains of poor hearing in the affected ear. In addition to possible hearing aid malfunction, this condition is often due to: Student Answer: Acoustic neuroma Cerumen impaction Otitis media Ménière’s disease Instructor Explanation: Elderly clients frequently present with complaints of hardened cerumen and decreased hearing resulting from cerumen impaction aggravated by hearing aid wear. (Goolsby 137-138) Conductive hearing loss is caused by a lesion involving the outer and middle ear to the level of the oval window. Various structural abnormalities, cerumen impaction, perforation of the tympanic membrane, middle ear fluid, damage to the ossicles from trauma or infection, otosclerosis, tympanosclerosis, cholesteatoma, middle ear tumors, temporal bone fractures, injuries related to trauma, and congenital problems are some of the causes. (Kennedy-Malone 170-171) Points Received: 2 of 2 Comments: Question 2. Question : In examination of the nose, the clinician observes gray, pale mucous membranes with clear, serous discharge. This is most likely indicative of: Student Answer: Bacterial sinusitis Allergic rhinitis Drug abuse Skull fracture Instructor Explanation: When examining the nose, assess the mucosa for integrity, color, moistness, and edema/lesions and the nasal septum for patency. The turbinates should be assessed for color and size. Pale, boggy turbinates suggest allergies; erythematous, swollen turbinates are often seen with infection. Any discharge should be noted. Clear, profuse discharge is often associated with allergies. (Goolsby 128-129) Patients with seasonal allergic rhinitis report rhinorrhea, sneezing, obstructed nasal passages, and pruritic eyes, nose, and oropharynx during the spring and fall. Patients with perennial allergic rhinitis have similar symptoms associated with exposure to environmental allergens typically in their homes. Physical examination may reveal a pale, boggy nasal mucosa, injected conjunctiva, enlarged turbinates, dark discoloration or bags under the eyes, and mouth breathing; absence of pale, boggy nasal mucosa does not rule out allergic rhinitis. (Kennedy-Malone 182-183) Points Received: 2 of 2 Comments: Question 3. Question : A 45 year old patient presents with ‘sore throat’ and fever for one week. After a quick strep screen you determine the patient has Strep throat. You know that streptococcal pharyngitis should be treated with antibiotics to prevent complications and to shorten the course of disease. Which of the following antibiotics should be considered when a patient is allergic to Penicillin? Student Answer: Amoxicillin EES (erythromycin) Bicillin L-A Dicloxacillin Instructor Explanation: MedU Card #1 Points Received: (not graded) Comments: Question 4. Question : Presbycusis is the hearing impairment that is associated with: Student Answer: Physiologic aging Ménière’s disease Cerumen impaction Herpes zoster Instructor Explanation: Presbycusis is an age-related cause of gradual sensorineural hearing loss and involves diminished hairy cell function within the cochlea as well as decreased elasticity of the TM. Although the changes associated with presbycusis often start in early adulthood, the decreased hearing acuity is usually not noticed until the individual is older than 65. (Goolsby 138) Because presbycusis is gradual and insidious, hearing loss may go unnoticed until it has progressed significantly. (Kennedy-Malone 170) Points Received: 2 of 2 Comments: Question 5. Question : Epistaxis can be a symptom of: Student Answer: Over-anticoagulation Hematologic malignancy Cocaine abuse All of the above Instructor Explanation: Cocaine abuse, which is more common than might be expected, frequently causes epistaxis. Hematologic disorders likely to cause bleeding include thrombocytopenia, leukemia, aplastic anemia, and hereditary coagulopathies. High doses of anticoagulants can cause epistaxis and bleeding from the gums. (Goolsby 142) Epistaxis results from a spontaneous rupture of a blood vessel in the nose, usually in the anterior septum in Kiesselbach's plexus (Nguyen, 2012). The bleeding may be secondary to local infections, systemic infections, drying of the nasal mucous membrane, trauma, arteriosclerosis, hypertension, or bleeding disorders. Trauma is usually the primary mechanism of disruption of the nasal mucosa. Posterior epistaxis can result in nausea and respiratory compromise. In older adults, nasal and paranasal tumors may be involved (Mäkitie, 2010). (Kennedy-Malone 168-169) Points Received: 2 of 2 Comments: Question 6. Question : Your patient has been using chewing tobacco for 10 years. On physical examination, you observe a white ulceration surrounded by erythematous base on the side of his tongue. The clinician should recognize that very often this is: Student Answer: Malignant melanoma Squamous cell carcinoma Aphthous ulceration Behcet’s syndrome Instructor Explanation: Most oral malignancies are painless until quite advanced, so patients are often unaware of the lesion unless the lip or anterior portion of the tongue is involved. The patient may become aware of the lesion if it bleeds. Squamous cell cancer lesions vary in appearance, from the reddened patches of erythroplakia to areas of induration/thickening, ulceration, or necrotic lesions. Lesions of malignant 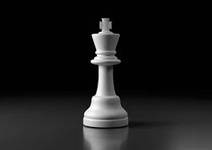 All documents for this subject (16)