In need of some help to smash your Pre-U exam on Charles V? Then look no further! Written by a D1 student who later obtained a first in History from Oxford, these detailed notes can help you save time and obtain a better mark. The 21 pages of word-processed notes cover the following core topics: - The Netherlands - Spain - General information on the Holy Roman Empire at the time - Charles' election as Holy Roman Emperor - The Diet of Worms - The Comunero Revolt - The Italian Wars - The Turks - The Diet of Augsburg - The Colloquy of Regensburg - Finance - The Schmalkaldic War - Abdication - Essay plans at the end The notes were written to prepare for the Pre-U Early Modern European History paper, but will be of use to A Level students due to the fact that the notes are summaries of key events and key themes. The notes strike a healthy balance between detail and learnability, and between fact and analysis. Memorising these notes, along with making essay plans based on them, was the main source of revision I used to gain a D1. 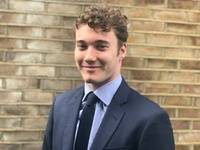