CRJ 441 Week 3 Assignment U.S. Border Security since 9’11 Terrorists Attack The current practices against terrorist acts still remains a major threat that is a continuous battles throughout the United States. Ever since the occurrence of 9’11, the Government Accountability Office (GAO) has continued to collect data and implement techniques with its mission to help prevent terrorist acts and reduce high-risk areas. With tragic events like September 11, 2001 and other disasters led to profound changes in government policies and structure to tackle homeland security threats. In 2003, Government Accountability Office conducted the largest reorganization of the federal government, by combining 22 separate agencies into one single department called the Department of Homeland Security (DHS) (, 2011). One way of implementing viable solutions is through law and policy. Although, if the existing laws and policy do not effectively mitigate the issue, then it is important to review them in order to change or amend them. Along with law and policy, it is important to have a budget to be able to implement new plans and make changes to the existing plans in order to efficiently execute the plan in order to bring the desired results. Measuring risks is a continuous process that requires constant vigilance. From 2002 to now, GAO and DHS are still developing approaches in identifying and implementing the best management plan 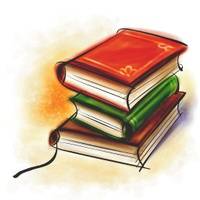