Question Question 1 1. Which statement best describes saturation? Question 2 2. In what times of year are tropical cyclones most likely to form? Question 3 3. The highest point of a wave is called the Question 4 4. Which of the following instruments is used to measure air pressure? Question 5 5. Most tornadoes carry wind speeds in the range of _______ km per hour. Question 6 6. What are downbursts? Question 7 7. How is the Maunder minimum related to climate? Question 8 8. A thunderstorm loses energy in the _______ stage. Question 9 9. What is a barrier island? Question 10 10. Which of the following would be a result of increased solar activity? Question 11 11. A _______ is a rhythmic movement that carries energy through space or matter. Question 12 12. About 99% of the atmosphere is composed of Question 13 13. A hygrometer measures Question 14 14. The _______ climates make up the largest climatic zone on Earth. Question 15 15. In which of the following situations is salinity highest? Question 16 16. The three stages in the development of a full tropical cyclone are formative, mature, and Question 17 17. The _______ is the area in which sediment is deposited along the shore. Question 18 18. Submerged basaltic volcanoes that are higher than 1 km are called Question 19 19. Which of the following is an example of a long-term climatic change? Question 20 20. Wind speeds increase higher up from the Earth's surface because

Preview 1 out of 6 pages 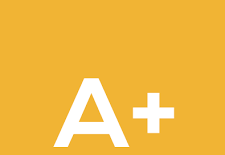