BTEC Extended Diploma Level 3 Travel and Tourism - Unit 7 - European Destinations P4, M3, D2 - Developing and Declining European Destinations - Skegness, Varosha (Famagusta) For P4 learners should carry out research to find one declining and one developing destination in Europe. Learners’ evidence should explain how and why they are developing or declining and use Butler’s model as part of this process. Learners must also review current factors that are affecting their development or decline. M3 develops naturally from P4. Learners’ evidence must include an analysis of the reasons for the development or decline of the two destinations (one declining and one developing). A typical merit response could include an analysis of how more sophisticated travellers are independently unpackaging the packaged holiday and are no longer attracted in the same numbers to the perceived downmarket sun and sand resorts of the Costa Brava. This decline is spreading onto the Costa Dorada; however, the draw of Port Aventura and Barcelona is helping to slow the pace of negative change in these areas. For D2, learners’ evidence will be evaluative as learners must suggest how current factors could impact on the developing and declining markets of the future. The evidence could suggest potential developing and declining destinations or areas based upon current geopolitical issues. The evidence should reflect the pace of change engendered by current factors and give examples. The evidence should include consideration of the factors and the implications on the future European travel market – a typical distinction response might refer to the impact of the credit crunch and poor exchange rate of the pound against the Euro which can encourage more domestic tourism or travel outside the Eurozone. This could therefore affect the popularity and appeal of these countries to ex-UK tourists. Another example could be that some areas of France have seen a huge increase in visitors due to the routes of low cost airlines, but what happens to them if routes are withdrawn? This could severely affect tourism to the area as well as impacting on people who have purchased holiday homes based on accessibility. At least two current factors should be addressed for D1 and the response should address both potentially declining and developing destinations. The suggestions should be supported by appropriate statistics where applicable, and must be clearly justified. https://qualifications.pearson.com/content/dam/pdf/BTEC-Nationals/Travel-and-Tourism/2010/Specification/Unit-7-European-destinations.pdf

Thank you for your review:)

All documents for this subject (24) 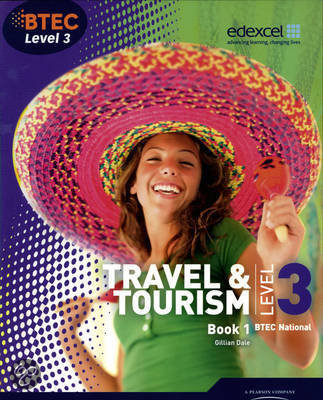