NR 507 Patho Midterm Exam Weeks 1-4, Latest 2020. |Chamberlain College of Nursing.NR 507 Midterm weeks 1-4 patho Question 1 2 / 2 pts What is the most abundant class of plasma protein? Globulin Albumin Clotting factors Complement proteins Albumin (approximately 60% of total plasma protein at a concentration of about 4 g/dl) is the most abundant plasma protein. IncorrectQuestion 2 0 / 2 pts Carcinoma in situ is characterized by which changes? Cells have broken through the local basement membrane. Cells have invaded immediate surrounding tissue. Cells remain localized in the glandular or squamous cells. Cellular and tissue alterations indicate dysplasia. Carcinoma in situ (CIS) refers to preinvasive epithelial malignant tumors of glandular or squamous cell origin. These early stage cancers are localized to the epithelium and have not broken through the local basement membrane or invaded the surrounding tissue. Dysplasia refers to changes in mature cell structure. Question 3 2 / 2 pts Which laboratory test is considered adequate for an accurate and reliable diagnosis of gonococcal urethritis in a symptomatic man? Ligase chain reaction (LCR) Gram-stain technique Polymerase chain reaction (PCR) DNA testing Microscopic evaluation of Gram-stained slides of clinical specimens is deemed positive for Neisseria gonorrhoeae if gram-negative diplococci with the typical “kidney bean” morphologic appearance are found inside polymorphonuclear leukocytes. Such a finding is considered adequate for the diagnosis of gonococcal urethritis in a symptomatic man. The other options are not relevant to the diagnosis of this condition. Question 4 2 / 2 pts The Papanicolaou (Pap) test is used to screen for which cancer? Ovarian Uterine Cervical Vaginal The Pap test, an examination of cervical epithelial scrapings, readily detects early oncogenic human papillomavirus (HPV)infection. The Pap test is not used for screening the other cancer sites listed. IncorrectQuestion 5 0 / 2 pts Causes of hyperkalemia include: Hyperparathyroidism and malnutrition Vomiting and diarrhea Renal failure and Addison disease Hyperaldosteronism and Cushing disease Hyperkalemia should be investigated when a history of renal disease, massive trauma, insulin deficiency, Addison disease, use of potassium salt substitutes, or metabolic acidosis exists. The other options are not known to be causes of hyperkalemia. 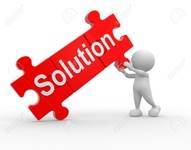 All documents for this subject (12)