Patho Quiz 5, 6, 7 1. A nurse working in a genetics office understands that messenger RNA is formed through which of the following? 2. A nurse is explaining genetics to a patient with an inherited disease. Which of the following explains the fact that the patient is very sick, yet his brother is not? 3. Which is the correct definition to describe a carrier? 4. A patient undergoing an amniocentesis asks the nurse how the gender of the fetus will be determined. Which of the following responses about chromosome analysis is correct? 5. Which of the following statements is true concerning DNA structure and function? 6. Which of the following is an error in DNA duplication? 7. While explaining the individual differences in physical traits in the family group, the health care provider states this is usually a result of: 8. A nurse is completing a genetic map of a patient's family. The patient has brown eyes and his wife has blue eyes. Both the son and the daughter have brown eyes. Which of the following is the same in both children? 9. A patient's history and physical indicate that the patient is a carrier of sickle cell anemia. The nurse anticipates which of the following? 10. Which of the following statements is true of genetic mutations? 11. A child diagnosed with Down syndrome has experienced a chromosomal abnormally involving which trisomy? 12. Select the most important information to teach a pregnant client about lifestyle changes. 13. Select the woman who is most at risk of having a child with Down syndrome. 14. A teratogenic environmental agent can cause birth defects when: 15. Which assessment finding would help support the diagnosis of fetal alcohol syndrome (FAS) in a newborn? 16. The pregnant patient asks if there are any precautions she should take in caring for the family cat. The nurse explains that she should limit contact with the cat's litter box. The litter box may contain which of the following organisms that can cause fetal malformations? 17. The nurse is preparing to administer a pregnant patient's medication when it is noted that the patient is prescribed tetracycline for an infection. The nurse should do which of the following? 18. A woman delivered a child with a cleft palate. What will the nurse teach the mother about possible genetic causes? 19. Fetal alcohol syndrome (FAS) is unlike other teratogens in that the harmful effects on the fetus: 20. Nurses understand the importance of early detection for cancer. The best way to diagnose cancer in patients at its earliest stage is through which of the following procedures? 21. Following routine colonoscopy screening, a client is told that he had several polyps removed. The client began crying stating, “I just can’t deal with cancer. I’m too young.” The nurse responds: 22. A patient who was recently diagnosed with cancer and is worried that his cancer might spread asks the nurse how cancer spreads? Which of the following would be the nurse's best response? 23. Which screening test is used to detect prostate cancer? 24. A client asks the nurse how malignant tumors differ from benign tumors. The best response would be that malignant tumors: 25. The nurse has just completed a presentation to a group of senior citizens regarding health promotion and screening activities for the detection of cancer. The nurse realizes further teaching is necessary when a participant states that screening is available for: 26. A nursing student is caring for a patient who was recently diagnosed with breast cancer. Which of the following does the student explain what the doctor meant when the term "sentinel node" was mentioned? 27. A patient who has just recently been diagnosed with cancer asks the nurse what tumor markers are. Which of the following would be the nurse's best response?

Preview 2 out of 5 pages 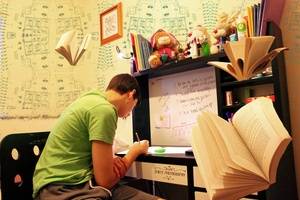