Microbiology Exam Question 1 2 / 2 points Which of the following is the most abundant leukocyte in blood and also the first phagocyte to migrate into infected tissue? Basophils Eosinophils Lymphocytes Monocytes Neutrophils Question 2 2 / 2 points Your patient presents to the emergency room with classical signs of Lyme disease, including a bulls-eye rash at the infection site. The patient states that the rash appeared roughly one week after hiking in the woods. The fever began soon after, lasted for three days, resolved for three days, and then came back. Which of the following terms best describes your patient's fever? Remittent fever Relapsing fever Sustained fever Tertian fever Question 3 2 / 2 points Innate immunity is Production of IgG. The lack of resistance. The body's defense against a particular pathogen. The body's defenses against any kind of pathogen. Increased susceptibility to disease. Question 4 2 / 2 points Which of the following is NOT considered a physical factor associated with innate immunity? Lysozyme Epiglottis Nose hair Skin Question 5 2 / 2 points A human host can prevent a pathogen from getting enough iron by: Binding iron with siderophores. Excreting excess iron. Binding iron with transferrin. Reducing dietary intake of iron. Question 6 2 / 2 points Hematopoiesis is the plugging of broken vessels to stop bleeding. loss of blood due to hemorrhaging. migration of white blood cells from the blood out to the tissues. production of only red blood cells. production of white blood cells, red blood cells, and platelets. Question 7 2 / 2 points Your patient is experiencing an acute case of salmonellosis, a bacterial gastrointestinal infection. Which of the following would you expect to see on a differential white blood cell count? Elevated neutrophil count Neutropenia Eosinophilia Elevated basophil count 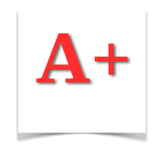