Psychiatric Mental Health Nursing Test Part 2 Question: Nurse Renalyn discovers that a male client with obsessive-compulsive disorder (OCD) is attempting to resist the compulsion. Based on this finding, the nurse should assess the client for: Question: A female client comes to the emergency department while experiencing a panic attack. Nurse Jonathan can best respond to a client having a panic attack by: Question: Nurse Krishna notices that a female client with obsessive-compulsive disorder dresses and undresses numerous times each day. Which comment by the nurse would be most therapeutic? Question: Nurse Luz is formulating a short-term goal for a client suffering from a severe obsessive-compulsive disorder (OCD). An appropriately stated short-term goal is that after 1 week, the client will: Question: Because antianxiety agents such as chlordiazepoxide (Librium) can potentiate the effects of other drugs, nurse Raquel should incorporate which of the following instructions in her teaching plan? Question: Danilo, arrives on the psychiatric unit exhibiting extreme excitement, disorientation, incoherent speech, agitation, frantic and aimless physical activity, and grandiose delusion. Which nursing diagnosis takes highest priority for the client at this time? Question: Gina, age 18, is highly dependent on her parents and fears leaving home to go away to college. Shortly before the fall semester starts, she complains that her legs are paralyzed and is rushed to the emergency department. When physical examination rules out a physical cause for her paralysis, the physician admits her to the psychiatric unit where she is diagnosed with conversion disorder. The client asks nurse Rose, “Why has this happened to me?” What is the nurse’s best response? Question: Dr. Luistro orders a new medication for a client with generalized anxiety disorder. During medication teaching, which statement or question by the nurse Kesselyn would be most appropriate? Question: After seeking help at an outpatient mental health clinic, a client … raped while walking her dog is … with posttraumatic stress disorder (PTSD). Three months later, the client returns to the clinic, complaining of fear, loss of control, and helpless feelings. Which nursing intervention is most appropriate for this client? Question: Jane is … to an inpatient psychiatric unit for treatment of obsessive-compulsive symptoms. Obsessive-compulsive disorder (OCD) is associated with: Question: A client with obsessive-compulsive disorder and ritualistic behavior must brush the hair back from his forehead 15 times before carrying out any activity. Nurse Leo notices that the client’s hair is thinning and the skin on the forehead is irritated — possible effects of this ritual. When planning the client’s care, the nurse should assign highest priority to: Question: During alprazolam (Xanax) therapy, nurse Rachel should … alert for which dose-related adverse reaction? Question: A client is … to the psychiatric unit with a diagnosis of conversion disorder. Since witnessing the beating of his wife at gunpoint, he … unable to move his arms, complaining that they are paralyzed. When planning the client’s care, nurse Jay should focus on: Question: A male client with borderline personality disorder tells nurse Valerie, “You’re the only nurse who really understands me. The others are mean.” The client then asks the nurse for an extra dose of antianxiety medication because of increased anxiety. How should the nurse respond? Question: Angel, is … to the unit visibly anxious. When assessing her, the nurse would expect to see which of the following cardiovascular effects produced by the sympathetic nervous system? Question: A male client with Alzheimer’s disease has a nursing diagnosis of Risk for injury related to memory loss, wandering, and disorientation. Which nursing intervention should appear in this client’s plan of care to prevent injury? Question: Rudy … in a local park is unable to state who or where he is or where he lives. He is … to the emergency department, where his … The client’s wife states that he was … with Alzheimer’s disease 3 years ago and … increasing memory loss. She tells nurseAngelie she is … about how she’ll continue to care for him. Which response by the nurse would be most helpful? Question: Nurse Agnes is aware that nursing action most appropriate when trying to diffuse a male client’s impending violent behavior? Question: A male client has been taking imipramine (Tofranil), 125 mg by mouth daily, for 1 week. Now the client reports wanting to stop taking the medication because he still feels depressed. At this time, what is the best response of nurse Charlyn? Question: A male client with Alzheimer’s disease mumbles incoherently and rambles in a confused manner. To help redirect the client’s attention, nurse Mark should encourage the client to: Question: Nurse Francis is aware that the nursing preparations for a client undergoing electroconvulsive therapy (ECT) resemble those used for: Question: Nurse Hershey must administer activated charcoal before administering certain other drugs to a client who’s taken an overdose. Which drug is … inactive when administered concomitantly with activated charcoal? Question: Dr. Tan orders electroconvulsive therapy (ECT) for a severely depressed client who fails to respond to drug therapy. When teaching the client and family about this treatment, nurse Bernadeth should include which most important point about ECT? Question: Julius, an adolescent becomes increasingly withdrawn, is irritable with family members, and has been getting lower grades in school. After giving away a stereo and some favorite clothes, the adolescent is … to the community mental health agency for evaluation. This adolescent is at risk for: Question: Nurse Bea is aware the when preparing a client for electroconvulsive therapy (ECT), she should make sure that: 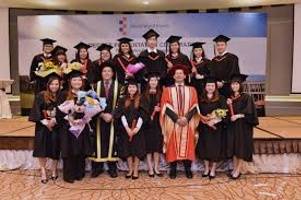