NSG 6020 WEEK 4 - CHAPTER 7. CARDIAC AND PERIPHERAL VASCULAR SYSTEMS ____ 1. The first heart sound (S1) occurs because of the closure of the: ____ 2. The second heart sound (S2) occurs because of the closure of the: ____ 3. To distinguish a physiologic split S2 heart sound, it is best to listen with the stethoscope at: ____ 4. An S3 gallop is commonly heard in: ____ 5. An S4 sound is commonly heard in: ____ 6. Which of the following heart sounds is commonly heard after myocardial infarction? ____ 7. Which of the following is the most important question to ask during cardiovascular health history? ____ 8. Cardiovascular disease risk increase in women after age: ____ 9. Which of the following blood pressure measurements is categorized as prehypertension? ____ 10. Xanthelasma is a skin condition that should alert the clinician to ____ in a patient. ____ 11. When palpating the chest, you find the point of maximal impulse (PMI) in the left mid-axillary region. This can be indicative of: ____ 12. Upon inspecting the patient, you find jugular venous distension. This is a sign of: ____ 13. On an electrocardiogram, you see a deepened Q wave that is greater than one-third the height of the QRS complex. This is indicative of: ____ 14. Your 35-year-old female patient complains of feeling palpitations on occasion. The clinician should recognize that palpitations are often a sign of: ____ 15. A pulse rate of 56 beats per minute can be normal in: ____ 16. Your patient has a dysrhythmia and has been on a diuretic for 2 months. Which of the following should be suspected? ____ 17. Your patient has suffered an inferior wall myocardial infarction. This is most commonly due to an obstruction in the: ____ 18. Cardiac chest pain is most often described as: ____ 19. On an electrocardiogram (ECG), an anterior wall myocardial infarction is demonstrated on leads: ____ 20. Which is the most specific and sensitive test for validating a myocardial infarction? ____ 21. It is important for clinicians to recognize that individuals with ____ often sustain silent myocardial infarction. ____ 22. The pain associated with pericarditis is ____. ____ 23. Pain associated with a dissecting thoracic aortic aneurysm is commonly described as: ____ 24. The pain of ____ can frequently be mistaken for cardiac chest pain. ____ 25. The pain of pancreatitis is described as: ____ 26. The pain of costochondritis typically ____. ____ 27. The medical record of your patient lists a grade III systolic murmur. This indicates the patient has a heart murmur that is: ____ 28. The radiation of a mitral valve murmur is commonly heard in the: ____ 29. The murmur of aortic stenosis is best heard in the: ____ 30. The pulmonary valve is best heard over the: ____ 31. The key sign(s) of aortic stenosis are: ____ 32. Classically in mitral valve prolapse, the clinician can hear a(n) ____. ____ 33. The best diagnostic test that allows analysis of a heart murmur is: ____ 34. The most common cause of tricuspid regurgitation is: ____ 35. The tricuspid valve is best heard over the: ____ 36. From Erb’s point, all the heart valves can be heard equally. Erb’s point is located over the: ____ 37. Upon examination of a child, an innocent systolic murmur is heard at the second intercostal space left sternal border. This is usually due to: ____ 38. In mitral stenosis, the murmur occurs: ____ 39. In mitral stenosis, the murmur can be best heard with the patient in the: ____ 40. Due to increased left atrial pressure, a patient with mitral stenosis often suffers from: 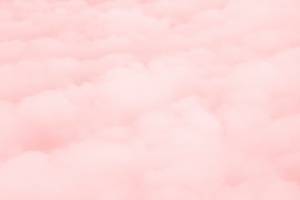 All documents for this subject (7)