SOCS 185 Final Exam – Question and Answers (TCO 8) _____ is the incidence of childbearing in a country’s population, while _____ refers to maximum possible childbearing. (TCO 8) According to Emile Durkheim, while traditional, rural societies were built on _____, modern urban societies are held together by _____. (TCO 3) A riot differs from a mob in that the riot (TCO 3) Durkheim’s _____ is similar toTennies’ _____. (TCO 8) Which English economist and clergyman warned that rapid population increase would lead to social chaos? (TCO 3) David Riesman believes that pre-industrial societies promote _____, while modern societies promote _____. (TCO 3) Which term is used to refer to the ways in which a social movement utilizes such resources as money, political influence, access to the media, and personnel? (TCO 8) Medical science can keep a person’s body alive, on machines, long after their vital organs have failed. However, there is no agreement among religious and ethical leaders about how to decide when to unplug those machines. This example illustrates _____. (TCO 3) David Riesman described other-directed social character as which of the following? (TCO 8) Which type of social movement seeks radical change in all of society? (TCOs 1, 2, 3, and 4) Explain the steps in the process of carrying out sociological investigation. What specific questions must be answered as a researcher moves through their investigation? (TCOs 3 and 8) You have been asked by a committee of student success coaches to investigate why the rate at which freshman students post to their course threaded discussions is lower than the rate for other groups of students. Explain how the symbolic-interactionist perspective would analyze and explain the low posting rate. (In other words, consider the contributing factors that the symbolic-interactionist perspective would focus on in trying to explain the reasons for the low rate of students posting to their threads.) Then discuss a solution that an interactionist might use to encourage freshman students to post. (TCOs 6 and 7) Contrast mass-society theory with class-society theory and give a criticism of each. (TCOs 3, 4, and 6) Identify and describe the three leadership styles. Provide examples of these styles in society. (TCOs 5, 6, and 8) Identify and briefly explain the four principles that underlie social stratification. 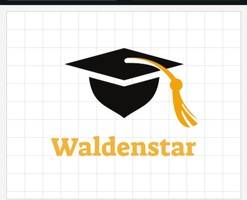