REL 2300 Final Exam – 100 out of 100 University of South Florida Rene Descartes believed in The difference between the opinion of Karl Marx and Sigmund Freud was Rules and regulations for governing ancient people’s lives is called The idea of priests and ministers is rooted in Islam in the world is The country with the largest Muslim population is The Trinity means Vedas means Jains who are “sky-clad” are The “way of the kami” in Japanese is The religion with “engrams” is The Jewish belief in God is known as The largest branch of Christianity is Buddha was born The Dao de jing was probably written during 16. Nanak 17. The Buddhist view of karma is 18. Nonviolence is known as 19. Dao can best be described as 20. The religion stemming from a series of movies is 21. Chapters in the Qur’an are called 22. Augustine helped define 23. Saying Hinduism is ecocentric means 24. Confucius was 25. The religion that believes Krishna is the supreme god is 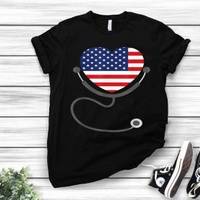 More courses for University Of Florida >